I have had the privilege of being an educator in Forsyth County for the past eighteen years.  I have been a behavior intervention teacher, co-teacher for all grades, special education department chair, and assistant principal. Also, I have earned a bachelor’s in education, a master’s in special education, and a specialist in leadership. This is my fourth year as principal of Cumming Elementary.  I am thrilled with the work we are doing to meet the needs of all students and our efforts to connect with families.  I am here to serve you and your family. Please do not hesitate to reach out if there is anything I can do for you.

I am beginning my 20th year at Forsyth County Schools.   I graduated from Georgia Southern University with a degree in early childhood education.  I also hold master’s and specialist degrees from North Georgia College and State University and Brenau University. Throughout my career, I have been a classroom teacher, special education teacher, early intervention teacher, and Quality Work Facilitator.  For the last five years, I have served in the role of Assistant Principal.  I am thrilled about the opportunity to be a part of the Cougar Nation as I continue my passion for supporting students, parents, and staff! 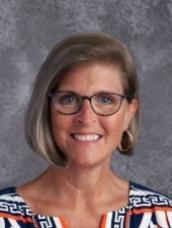 Mrs. Short is entering her twenty-first year in education and her fifteenth year as part of the Forsyth County School system. Originally from Annapolis, Maryland, she has settled with her family in Cumming after spending thirteen years in Weddington, NC. As an educator, she has spent the majority of her experience as a classroom teacher. She began her teaching career at the very earliest level of education in a transitional Kindergarten classroom. She quickly moved on to teaching first grade and made this grade level her home for several years. After moving from NC to GA in 2006, she began teaching at Silver City Elementary. While at SCES, she taught Kindergarten, First Grade and Writing Specials. In her final year at SCES, she was promoted to Literacy Coach and took on more administrative level duties as she completed her Educational Leadership Specialist degree. After earning her Ed.S., she accepted a position as Assistant Principal at Piney Grove Middle School and supported students and staff at PGMS for five years.